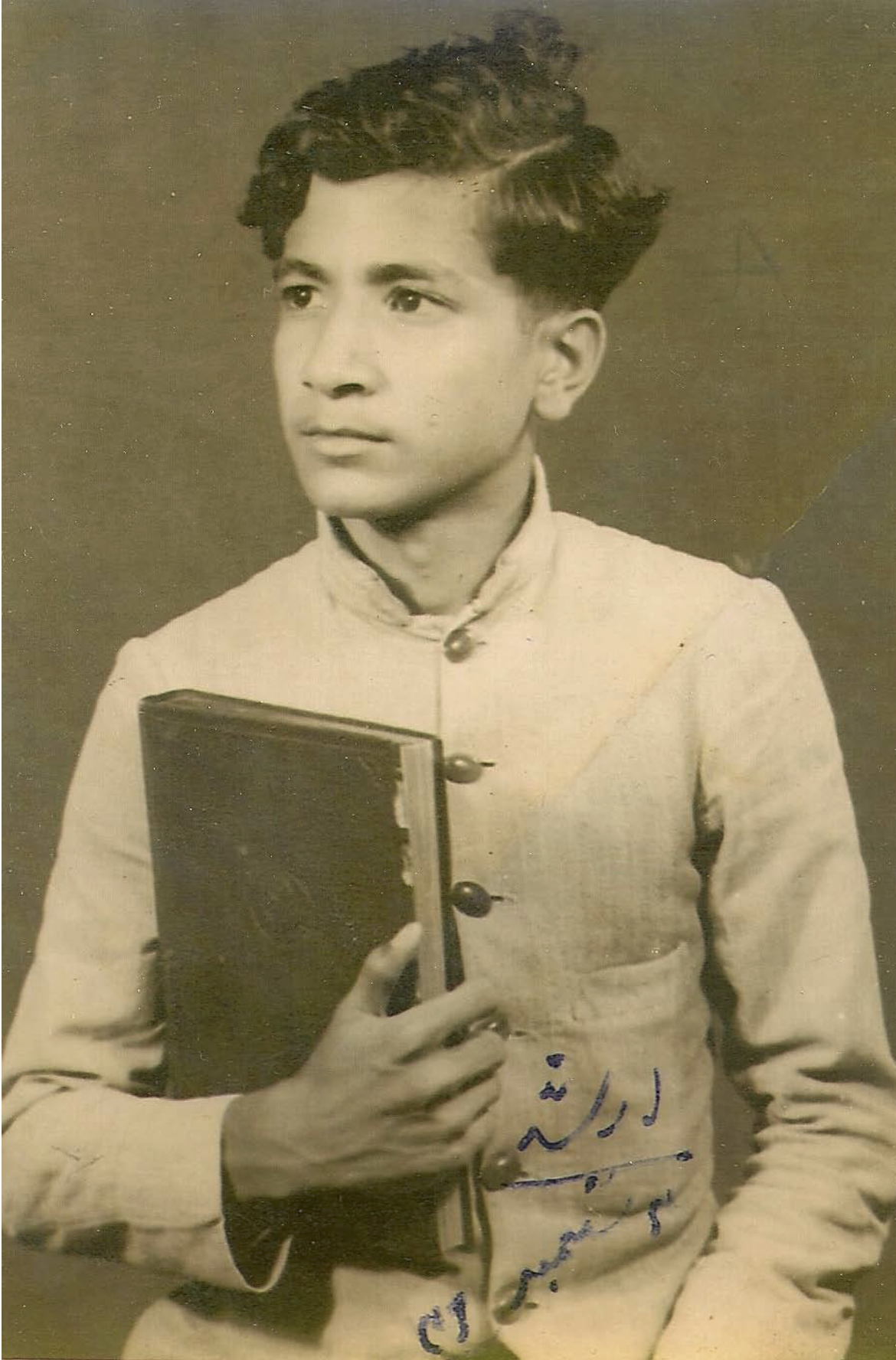 A human being sometimes comes face to face with such daunting events that he sees nothing but darkness in front of him. Life seems like a burned-out tree that stands out in the infinite desolation of a desert. Everything seems lifeless and bereft of any color or fragrance, an unending wasteland haunted by fireballs. In a state of such sadness and hopelessness, sometimes the memory of a much-loved person serves as a pillar of

support for a heartbroken soul.

At moments like these, when I feel that spring has turned into a permanent autumn, that henceforth flowers will never bloom, nor buds smile, the memory of my loving and much loved brother gives me strength. He was a brother whose brief life was a tale of backbreaking struggle. Just as he started out in life, he was faced with mountains of troubles. But his feet would never buckle – he walked unaided, head held high.

Everyone in times of their troubles turned to him, but there also times when he faced a storm of troubles, but he never sought anybody’s help. He not only steered his own ship in a turbulent sea all by himself, he was always there to set a lost boat on the right track. I remember a time when he risked his own life while helping another person. He was there for those struggling to stay alive (lying on hospital floors during a cholera epidemic. UK). He heard their pleas for help as the germs of deadly diseases attacked him from all sides. He was untouched by fear, nor he thought of escaping from such misery. If anything, he would ask, God! You who are All-Knowing, Master of everything, Do You also know what it is to feel remorse, to be filled with sadness, and shed tears?

In moments when hopelessness overpowers my heart, it is not long before my brother’s face looms in my mind, the face that remained calm and smiling when confronted with the most daunting challenges. None of the harsh realities he faced could wipe the smile from his lips. When I think of the way he handled tough situations with equanimity, my own sense of helplessness begins to dissipate. His eyes could shed tears of blood, but his forehead won’t show a sign of distress or discouragement.

He never did much for himself. He was not the one to Indulge himself in such luxuries as idle time, money and comfort, although they may have been as seductive for him as they are for everyone else, he would always think of ways in which he could be of help to others.

My brother’s whole life represented the idea that only that life is worthwhile that helps to make others breathe a little easier. He was ready to sacrifice his own dreams and desires to see that others prospered. I haven’t anyone respect other people’s wishes as much as he did.

In my younger days, I saw him in the role of a loving father, but then he played the same role even for those who were much older than he was. My brother was a forward- looking force in many people’s lives.

When I consider any aspect of his life, it was never less than my ideal for a heroic model. His footsteps serve me as “Khizer-e Rah” (pathfinding guide of legend).

Life’s many hardships did not allow him to develop his literary talent. But whatever he wrote, if it could have been completed and published, I am sure it would have made a valuable contribution to Urdu literature. His was a very special style of writing. If he had the time of work in the area of humor and satire, he would have been in the front row of writers.

For the younger ones in his life, his affectionate personality left its indelible mark. He would hardly ever utter an unkind word to any of them. He knew that it was not the thunderstorm but the smooth flow of the river that gives fine shape to pieces of rock. Tender care helps flowers bloom, not roughness.

Now when I find myself alone in a sea of humanity, every possible vista seems fraught with loneliness. Then again, when I hear my brother’s firm footfalls, I feel that maybe I am not alone. I can feel his affectionate hand on my shoulders. His voice echoes in my ears: “instead of allowing adversity to overpower you, you confront it head on.” My heart is filled with a renewed sense of determination; my tottering hope finds support and rejuvenates itself. I find new sources of strength in myself, and feel a new spirit surging through me. All these new strengths, new determination, hopes and dreams are the gift of just one person: My brother, my guide.

That leader of the caravan, whose enthusiasm for life, heartwarming and energizing presence is no more. Yet, his image remains a guiding light for the caravan. brother’s life was the life of a comet. He lit up a dark corner of the sky, then vanished. On reflection, I know he defined a bright and brilliant pathway, whose light will see many lost souls reach home.