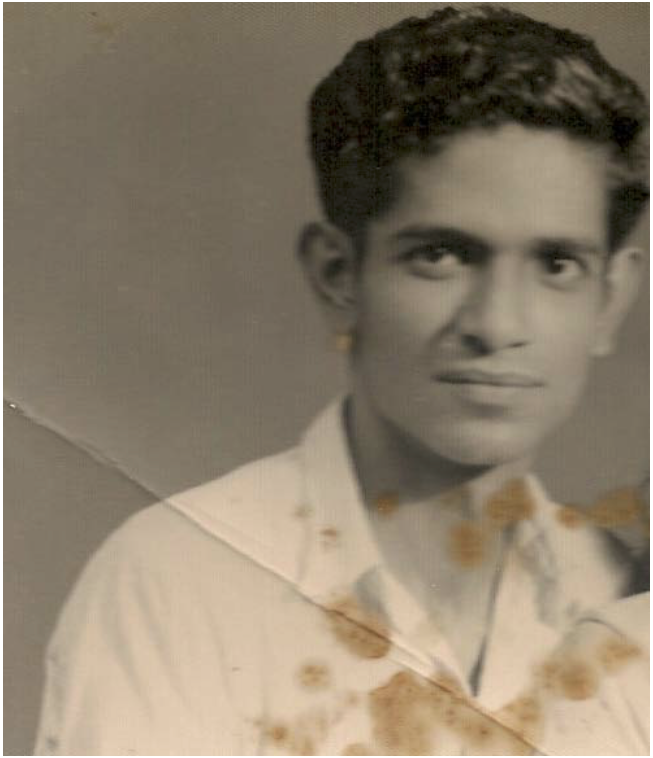 Whenever someone passes away, the common and probably the wisest thing to say is, “Time is the best healer”. I am sure this is true in most cases especially if you bury an individual both physically and mentally. I never did bury my brother, Syed Moinuddin Hassan Jawwad. M y heart is still sore, my soul still restless, and my grief still as fresh as the day he died, and that is why it is so difficult , if not impossible to write about him. In every milestone of my life, whether it was an achievement or a defeat, I looked around and said, “Bhai-Jaan, what do you think?” He has always been with me when I framed my medical

school diploma, when society recognized me for my successes, I kept asking, “Where is Bhai-Jaan. Is he proud of me?”.

I have pondered about this phenomenon for a long time. I have heard my wife say time and time again, “It is time to let go”. I always promise I will, but I cannot. What was it about this brother of mine that I cannot quit grieving for him. surprising, coming from a “religious” person like myself, but in all honesty, it has been a barrier between the Lord and myself.

human being he met. To this day l am astonished to hear how he left his mark on everyone he came into contact with.

After Father’s death, the exemplary manner in which he rose and took the strings of responsibility in his hands and managed l to keep us all together can be understood only by the few who were around him at that time. He taught us that by hard work done honestly and honorably, all odds can be fought. He taught us to look the enemy right in the face, without fear, and walk away. He taught us that each man has within him the capability of good and bad, and each one of us, as individuals, can rise above the bad and emphasize the good.

One of the greatest things about my brother was his refusal to judge people generally, to tie them into neat little parcels without this noun or that adjective and file them away. He regarded everyone he met as a whole human being with his/her own personality and thoughts to share. He even made small children feel wanted and important.

I have total faith in my heart that my brother will not be asked these questions by God because he always sought to visit the ill, to feed the hungry, and quench the thirst of the thirsty. I can quote specific incidents of the greatness of my brother, but writing each one would make this article voluminous. Suffice it to say, the day my brother died not only did I lose a father figure, but the whole world lost a decent, kind, good, and remarkable human being.

I ask myself if he had been alive today, would this world have been a better place. This is a question who no one but only those of us who knew and cared for him can answer.

I doubt that I will ever stop grieving for him. It just does not seem possible. I only wish our next generation could have known him and learned from him, and known what it is like to be a true Muslim.