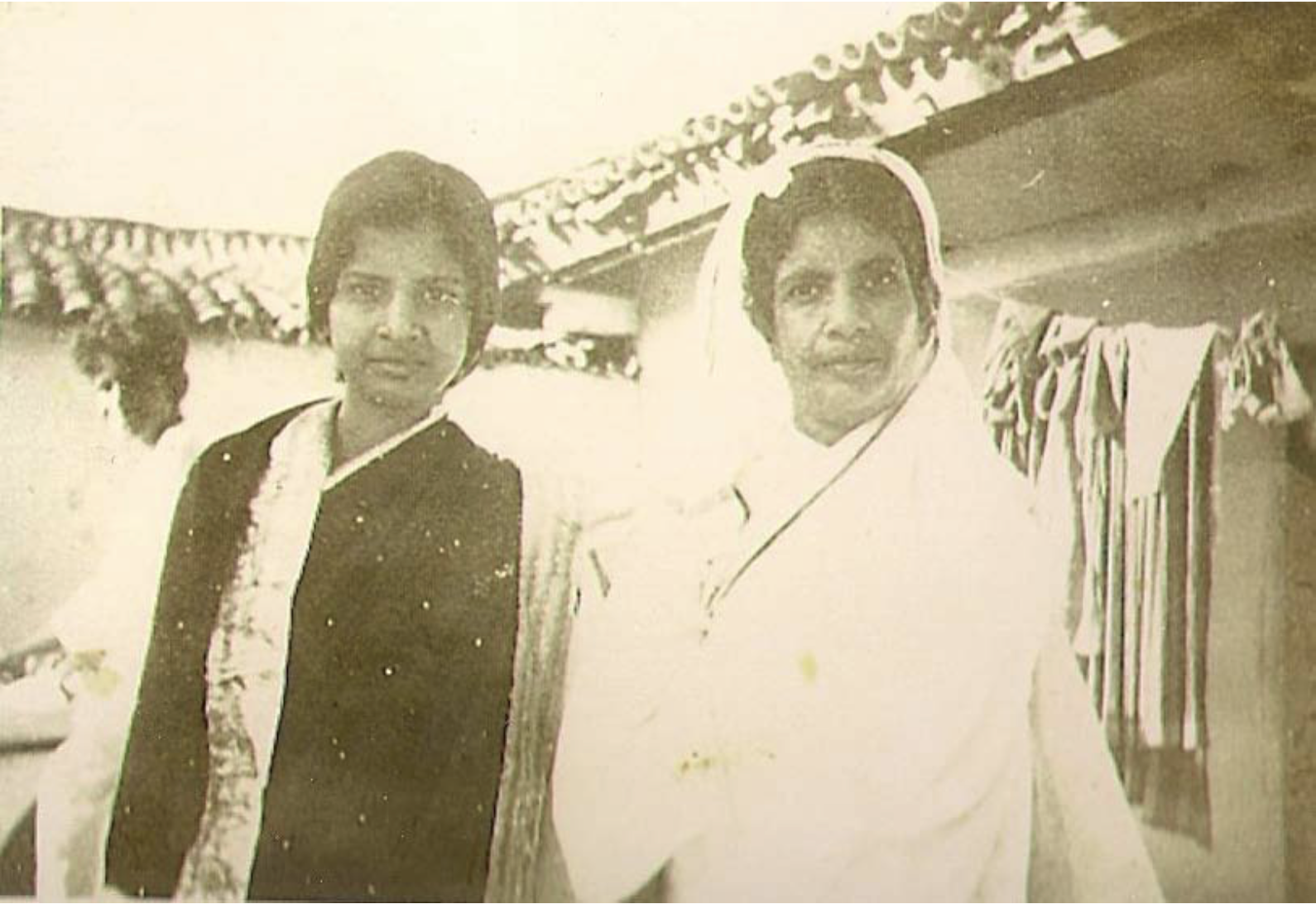 Although Nana Hazrat’s (Nizamuddin Saheb) wedding took place mostly according to the customs and rituals of the time, 1915, in Hyderabad, it differed from other weddings in that he came as a bridegroom to the venue in a car, not riding a horse as custom required. The use of a car was a clear symbol of one’s modernity. For our Naani-Ammi’s family this was unprecedented. The faith community of which her father was a spiritual leader cum guide regarded Nana Hazrat with his unorthodox ways as a Wahhabi, the one who rejected the whole tradition of “peer parasti”, i.e. the cult of the holy man, and his successor, centered around a much revered grave. The irony was that Nana Hazrat’s father in-law himself was a murshad with a following. However, he was known to be very liberal in his outlook and tolerant of new ways of thinking and living.

When I talked with Ammi-Jaan about her father, the image I formed of him was that of an extraordinarily

courageous, liberal and generous person. This is borne out by stories she told me about confrontations he had with business people in his role as the forestry officer and judge in local disputes. The fortitude he showed in the face adversity in his later real estate business is also evident. He was too generous and unsuspecting of his business partners that partly resulted in the failure of the enterprise.

Nana Hazrat, like Naani-Ammi, also was fond of reading. He was comfortable in English and read the works of H.H. Wells, about whom I came to know later.

Surprisingly, in the male-dominated milieu of Hyderabad in which boys were prized and girls neglected, Nana Hazrat was entirely different in this respect. He showed greater partiality to his daughters than to his sons. Consequently, Baday Mamun-Jaan (Uncle Rafat) grew up emotionally distant from his father, whereas Ammi-Jaan was known to perch on his chest or shoulders, as she listened to stories he told her. For example, Ammi-Jaan told me the story of Red Riding Hood, which she had heard from her father.

I heard it from Ammana that whenever the children fell sick, Nana Hazrat would hold them in his arms and walk back and forth to get them to sleep despite the fact of his having put in a full day at the office. Again, unlike other men of his time, Nana Hazrat did not consider the nurturing of children as the exclusive preserve of the womenfolk.

He was also fond of having his brothers in-law over to stay at his house frequently. He complained to his wife that her cousins would never ask him for anything, whereas his own cousins made demands for things on him.

I never heard Baba sing the praises of anyone as profusely as he did of his father in-law. It couldn’t have been just Baba who was so fond of Nana Hazrat. I believe anyone who came to know him became enamored of him.

It was most likely in 1915 when Nani Ammi returned home, according to the custom, a day after her wedding – I have heard this directly from her – Makki Mian, her father, hugged her and told her, “Baiti, I have been worried about you.” Maybe Makki Mian said that because he was sad that he had given her away in marriage under difficult circumstances. I personally think that he may have worried about her because he had a strong inner feeling that life had a lot troubles in store for her.

Ammana, i.e. Nani Ammi, was the only daughter in a family with four boys. She had been schooled in Quran studies and had learned to read and write. She wanted to be and became a true exemplar of her religious family traditions, her father being the leader of a community of believers. There was no room for any kind of pretense or lying even in jest or any other kind of uncouth behavior.

My grandmother was a true Momina, a strict observer of all Islamic values and rituals. I remember her saying the namaaz even on the day she got the news that her daughter, my Apa-Jaan, had passed away in Karachi, due to a heat stroke.

She endured a great many ups and downs – certainly much more than what anybody goes through in an ordinary life: Days of anxiety followed when her husband lost his job because had he refused to take bribes; he then started a risky construction business with his cousins, having used all the savings the family had. Nizamuddin Sahab, grandfather, passed away suddenly of a massive heart attack, in 1939. Ammana was only 36 years old then. Barely 13 years later, she saw Chhote Mamu-Jaan pass away. Then followed years of hardship during which her sons put themselves through medical or engineering schools.

Philosophers say that there are questions about human life that no one ever finds the answers to until Judgment Day. All of us who have known of her sufferings will be dogged by unanswerable question as to why some endure far more than their normal share of troubles.

Ammana was fond of reading. She was always reading whatever came her way. In some respects I found her to be far more intelligent and wise than people with formal education. For example, speaking of the rising prices of daily necessities of life, some one said that the price of clay goblets had gone up while clay remains plentiful. Ammana said, “Certainly clay hasn’t become any scarcer, but the poor potmaker (kumaars) hardly gets enough compensation to be able feed his family. He has to raise the prices of the pots he makes.

Another incident I remember that would show the kind of person she was. Baba always wanted to live in a high-rent house. Amma-Jaan preferred to live in a house with lower rent. The solution they settled on was for Amma-Jaan to live in the smaller house and for Baba to go live in a hostel. When Ammana learned of this, she came to our house and told her daughter, “Beebay, you should be living with your husband, regardless of whether you can make any savings. Your decision is totally unwise.” She was never the one to mince words. She spoke directly to any issue, and was decisive in her judgment. Amma-Jaan had no choice but take the advice.

I had always noted how Amma-Jaan and Baday Mamun-Jaan (Uncle Rafat, her older brother) said their salaams to their mother bowing down and then touching her feet as a gesture of respect and love.

1 thought on “Naani Ammi and Me”